(The first in a three part series. Jump to Part Two: What do you HAVE to back up?)

Archiving one’s data is a challenge for every business, whether the business is a billion dollar enterprise or a SOHO. 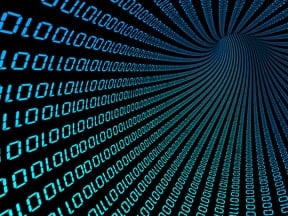 Data loss can be devastating to the profitability of any enterprise, and data recovery can be a nightmare if not planned for correctly. Developing and committing to an effective data retention policy is something that each business owner wrestles with, and correct implementation can mean life or death of a company in a disaster situation. Understanding how your data is retained is the foundation of any effective data retention policy.

Data retention is no new concept, but the method has certainly evolved. The early days of data retention policies were historically done in a classic “son – father – grandfather” routine where “son” is most current data backup, “father” is a previous older version of the data backup, “grandfather” is oldest version of the data backup in the rotation. In the old days, you might have had 5 daily backup tapes, each of which were considered the “sons.” Then you would save all your data every Friday for 4 to 5 weeks and those were the “father.” On the 5th Friday, you took the oldest Friday out of the rotation and saved that into the “grandfather” batch. And viola, that was the extent of your data retention policy. It was a gigantic storage capacity hog, and it was time intensive.

If you experienced a data loss or corrupt files, not only did going back to a father or grandfather tape require a more complete backup, you had to cross your fingers that the previous generation was pretty darn complete, not to mention the restore time was significant. For example, if you had to go back to a particular week or a month – it would require going back to several tapes and piecing it together by putting the incremental backup of Monday’s tape with Tuesday’s tape, Tuesday’s tape with Wednesday’s tape, Wednesday’s tape with Thursday’s tape, and so on until you got the entire data set restored. The likelihood of tape failure during that process was high and that ensured some level of data loss.

Today’s data retention policies have come of age with new technology. Gone are the days of incremental backup tape, its required massive storage capacity, and risky reinstalls. Disc environments have become commonplace and because the modern method is to only save the data that has changed, your storage requirements are much less, the restore process quicker and the risk of failure significantly less. And the fact that only changed data is moved, no longer adds complexity and risk – because all of the data required for a recovery is assembled in one place at the time the backup is made.

In part 2 of our series on Developing an effective data retention policy, we’ll address how to determine what data you have to backup.