While people continue to debate the merits of global warming and its impact on their everyday lives, researchers are far more confident about the prospect of more intense heat waves, heavy downpours, earthquakes and even volcanic eruptions in our near future. 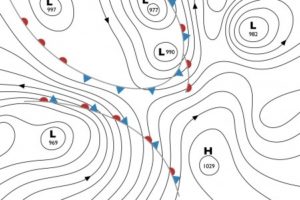 But no matter which side of the fence you’re on, the Washington Post reported last week that the new analysis also speaks to a broader trend: The world is facing a new reality of more extreme weather, and policymakers and businesses alike are beginning to adjust.

All the hullabaloo about global warming came to the forefront again when a recent special report was released on the human impact of extreme weather events by the Intergovernmental Panel on Climate Change (IPCC). The very detailed report talks of the correlation between global temperatures and the impact on everything from wind patterns to earthquakes. The IPCC warns for better civic planning as we should expect more of the same weather-related disasters experienced in 2011. (see our previously Top 10 Natural Disasters 2011) The concern is that these crazy weather extremes will overwhelm their target locations, making them unlivable.

Unlivable is one thing, another is how the businesses within those communities can be resilient after an unexpected natural disaster. A September 2011 study by Climate South West stated that 63% of businesses surveyed have taken some kind of action to prepare for extreme weather. Of the study respondents, most (76%) of the largest businesses have created or improved their Business Continuity Plan, compared to only 8% of the smallest businesses. Many larger businesses have also reviewed their health and safety procedures and/or sought advice on the issue.

At Global Data Vault, our daily focus is planning for disaster. But we know that it’s not something that most companies address as nearly as frequently. So we’re curious, has your company taken any new measures to protect against the impact of extreme weather on business continuity and data security?