In September 2005, less than one month after Katrina, Hurricane Rita loomed on the horizon, threatening an already tattered Gulf Coast economy. But well before knowing when his Business Continuity Plan would be put to the test, Mike Soniat, President of mJobTime Systems in Beaumont, Texas had implemented a robust GDV solution to protect his data and operations. When the storm hit, Global Data Vault’s Server Backup enabled production through Hurricane Rita, without  interruption, safely away from the extreme weather condition which inundated the company’s home location in Beaumont, Texas. 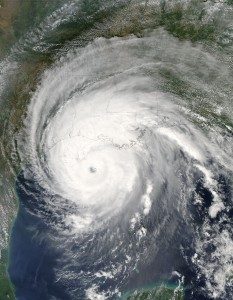 “The challenge was finding a place with an internet connection for my laptop. Ultimately, I found myself in a crowded coffee shop in Baton Rouge…a town already overrun with Katrina victims,” Mike said. “I was relieved to be able to restore server data to my laptop. That was one of the few happy moments in an otherwise trying time.”

mJobTime Systems is located in Beaumont, Texas just 30 miles from the coastal town of Sabine Pass. mJobTime Systems develops accounting and job cost software for contractors. Using real-life scenarios, mJobTime Systems’ team of experienced developers and accountants bring to market solutions and services that help those businesses manage their jobs or projects with ease, accuracy, and efficiency. To preserve the continuity of its revenue, mJobTime Systems must safeguard the software it develops for its customers.

On September 24, 2005, Rita made landfall between Sabine Pass, Texas and Johnsons Bayou, Louisiana, a region not unfamiliar with natural disasters. After Hurricane Audrey in 1957, many people and businesses migrated north to what is known today as Beaumont.

In the hours leading up to Rita, the people of Beaumont evacuated. Mike arrived in Baton Rouge an evacuee, adding himself to the list of already displaced hurricane victims who sought shelter there just a few weeks earlier.

“It was difficult just to find a place to sleep. All the hotels were booked. The traffic made it impossible to get anywhere. There were so many people packed into the city that all grocery store parking lots were full. I had spent hours trying to find a place to work. Finally, I found a coffee shop that just happened to have an internet connection I could access.”

Because he used Global Data Vault’s Server solution, Mike was able to download the files he needed to continue with operations and production, and he met all necessary deadlines, despite the obstacles and unusual circumstances. mJobTime Systems is a small business that relies on its ability to produce and maintain for its customers continually on a day to day basis.
“We care about our customers. We need to be there for them. We stick to our promises. Our jobs and their jobs depend on it.”

Few disasters reach this scale, but mJobTime’s excellent preparedness and Global Data Vault’s Server Backup solution serve as an excellent model for Business Continuity Planning for any organization which relies on Information Technology.