Network system failure is no fun for any business, but it can be especially painful for major airlines. The outage that hit Southwest Airlines on July 20 is a case in point. The disaster caused the cancelation or delay of more than 2,000 flights. The estimated price tag o is pegged between $54 and $82 million in increased costs and lost revenue — and that does not take into account the PR nightmare and loss of goodwill. Worst of all, the disaster could have been avoided had the airline taken crucial precautionary action.

Southwest is blaming a faulty router, which it says prompted a widespread network system failure; a technology crash pegged as the worst in the airline’s history. The reservation system was knocked offline, planes were grounded across the nation, and the outage took four full days to resolve.

A major complaint from the pilot association and mechanics union was the airline’s spending too much of its record-breaking profits on buying back shares and not enough on updating technology. And technology is exactly where the solution lies, specifically with DRaaS, or disaster recovery as a service.

While your company may not be on the same scale as Southwest Airlines, an outage within your enterprise would be equally crippling and expensive to daily operations. Companies that invest in DRaaS can enjoy the industry leading Veeam Backup and Replication solution that delivers powerful, affordable and easy-to-use data protection for Hyper-V and VMware. Benefits include rapid image-based backups, integrated offsite replication of images to secure data centers, flexible and fast recoveries, tested, zero point RTO – and protection against disasters such as the one suffered by Southwest.

Are your customers, employees and peace of mind worth the investment? Protect your company with Global Data Vault. 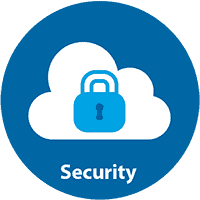