SSD vs Spinning Disks – When Will SSDs Take Over?

The landscape of data storage on hard disk drives (HDD) has expanded greatly since its introduction in the 1950s. The “spinning disk” varieties typically range from 5,400 – 15,000 RPM and capacities up to 18TB as of September 2020. They also come in Serial ATA (SATA), and Serial Attached SCSI (SAS) varieties, with a nearline SAS (NL-SAS) sort of hybrid.

Is the need for speed the only reason to use SSDs?

Solid-state drives (SSD) emerged as a faster and denser (up to 100TB in the same space as a single 18TB SAS drive) successor to traditional hard drives, but at an exponentially greater cost. One cost offset versus spinning disk drives is that they use less power and generate less heat, which decreases data center/operational costs. For some, the ability to access and serve data and applications exceeds the cost difference of SSDs.

For years now, companies such as VMware have used, or provided for the use of, SSDs or flash technology to reside in a host server and act as a cache for virtual machines, later named vSphere Fast Read Cache (deprecated in vSphere 6.7u2.) They now focus on SSD support for vSAN. Many companies also use SSDs or flash for a global cache, such as Veeam’s WAN Acceleration with deduplication, to provide for extremely fast reads for large amounts of data.

Tiered storage has been a popular solution, utilizing flash or SSDs for the highest-tiered apps and workloads, with slower or lower-tier storage in place for other functions, and the lowest tier often going to backups or archival. Some hardware vendors even put SSDs and spinning drives in the same chassis for an all-in-one tiering solution.

When it comes to lower-tier storage, and especially storage for backups, “cheap and deep” has long been preferred. Certain use cases exist, however, to justify using SSDs for backups, such as the need for the extremely fast completion of incremental backups, which will make their way to cheaper disks over time. Due to the large amount of data companies must protect these days in the same or less time, the nearline SAS is a popular option. Another consideration are instant recovery features of backup software, such as Veeam’s Instant VM Recovery, which uses the storage on which the backup resides to run virtual machines directly from the backup file without needing to restore it first. Faster disks equal better performance.

Fortunately, the general trend in tech is that prices decrease as new products or technologies emerge, but will that be enough to overcome the price difference between SSDs and traditional HDDs? According to Chris Mellor’s report from August of 2019, Aaron Rakers, a Wall Street analyst for Wells Fargo, “thinks enterprise storage buyers will start to prefer SSDs when prices fall to five times or less that of hard disk drives.” As of that time, the cost was roughly 9x the amount. 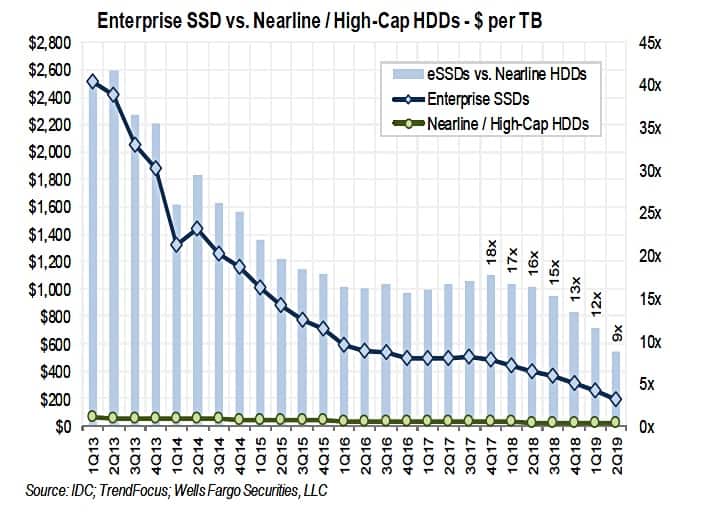 For cloud providers, the decision is not as simple, given the sheer amount of data and types of data requiring processing and storage. As a customer, you will typically specify latency and capacity requirements for an application or workload, and the cloud provider will put that on any combination of disks and systems to meet your requirements and stay within SLAs. If they can generate the IOPS necessary on spinning disks, they will likely do so.

Tiered storage has been a popular solution, utilizing flash or SSDs for the highest-tiered apps and workloads, with slower or lower-tier storage in place for other functions, and the lowest tier often going to backups or archival. Some hardware vendors even put SSDs and spinning drives in the same chassis for an all-in-one tiering solution.

Inevitably, at some point, the cost differential between SSDs and SAS drives will narrow and users will likely begin phasing out spinning disks for better speed, reliability, and operating costs. As is always the case, however, something newer and faster (and more expensive) is always on the horizon and will create another gap for us to compare. 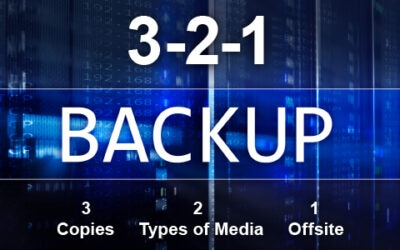 What is the 3-2-1 Backup Rule and how can Global Data Vault and Veeam Backup and replication be your best ally against data loss?

END_OF_DOCUMENT_TOKEN_TO_BE_REPLACED

The Importance of a Data Retention Policy and Scheduled Backups

A strong data retention policy and scheduled backups are important to maintain the security of data and ongoing commercial operations.

END_OF_DOCUMENT_TOKEN_TO_BE_REPLACED 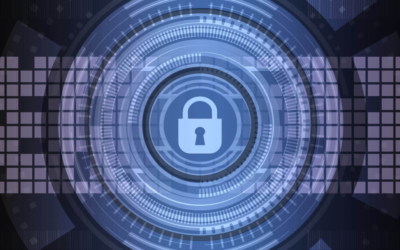 Not only must companies protect edge-facing and core-facing infrastructure technologies, they must protect all data at all times, and in all locations.

END_OF_DOCUMENT_TOKEN_TO_BE_REPLACED 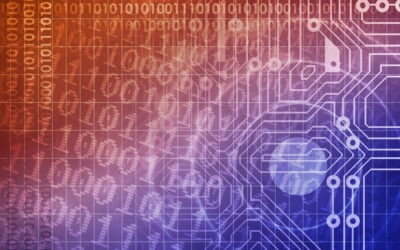 Next Level Backup ProtectionPhysical and logical security are two important factors when considering backup files. Modern restore capabilities allow for entire virtual machines and systems to be brought back online from a backup very quickly, assuming that a...