Whether backing up VMware vSphere, Microsoft Hyper-V, or physical servers, performance usually dictates how quickly backups run and determines recovery point objectives. Veeam uses a built-in indicator that analyzes all components during the backup or replication process, which are:

Important note: VBR will always indicate one of these components as a bottleneck, even if no performance issues exist. It displays the component with the most work time during a job.

An unmentioned performance bottleneck is throttling. If you apply throttling to a job or network traffic that becomes the primary slow point, you will see ‘throttling’ as the bottleneck.

The source is the location of the production data, such as a VMware datastore or a Hyper-V Cluster Shared Volume. Backups happen while production VMs are running by taking snapshots and reading data. Slow or over-subscribed disks will hamper this process and cause issues with production virtual machines and backup jobs.

By default, Veeam installs the Backup & Replication console, proxy, and repository on the same server. You may split, separate, and add to these as necessary for your environment. The proxy is the data mover and where deduplication and compression occur, and these processes are CPU intensive.

The network component looks at the path from the proxy to the repository. If running these on the same server, you should not see a network bottleneck, but a NAS or other network storage device could become a choke point. The network bottleneck for a backup copy job to a cloud provider would be your internet connection and both speed and stability of the connection impact performance.

The target is the repository, whether local or in the cloud. Slow disks in the local backup storage are the primary cause of a target bottleneck. A target indicator highlights a problem on the service provider side during a backup copy job.

How to fix Veeam bottlenecks

Since every component in the backup process is a subset of technology, you can adjust these areas based on your needs. Faster disks, networks, CPUs, and RAM will solve many problems—identifying the issue is often the most challenging step. Veeam provides ways to reduce impacts where possible, such as limiting the number of concurrent tasks and changing the transport mode. Following best practices for the number of VMs per job and the size of production virtual disks can also improve performance. You may also consider splitting up jobs or staggering runtimes to reduce system loads. 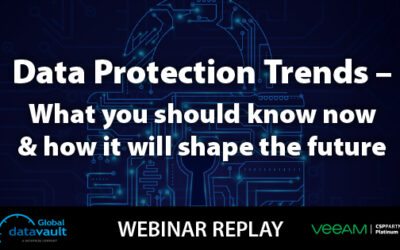 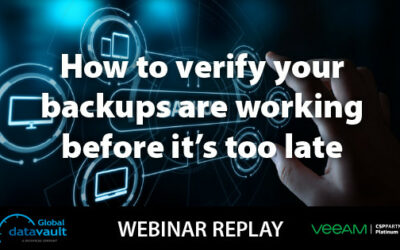 Webinar: How to verify backups are working?

Global Data Vault’s February 2022 webinar again takes us "back to the basics" with an important topic: how to verify if your backups are working. Not to spoil the movie ending here, but the common theme in the video below is the need to test, monitor, and test again.... 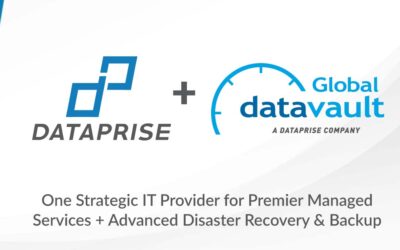 Rockville, MD, January 10, 2022 – Dataprise, a leading strategic IT managed service provider, today announced the acquisition of Global Data Vault, a leader in Disaster Recovery as a Service (DRaaS), Backup as a Service (BaaS) and modern data protection solutions. The...

The Benefits of a Disaster Recovery Test

Many organizations have annual disaster recovery (DR) test requirements, whether to run production operations from a secondary facility for several days or test the functionality of systems and applications running in a DR facility while production workloads run as...