Why You Need to Back Up Office 365

If you have ever asked yourself or your IT team why you need to back up Office 365, the following true story might answer your question.

In 2018, a Carlsbad, California-based company employed an IT consulting organization to assist with their migration to Office 365 (O365). One of the consultants, Deepanshu Kher, received numerous complaints, which led to the company pulling him from the project and eventually firing him. The employee returned home to India, where he hacked into the Carlsbad company’s O365 instance and deleted 1200+ Microsoft Office 365 user accounts. 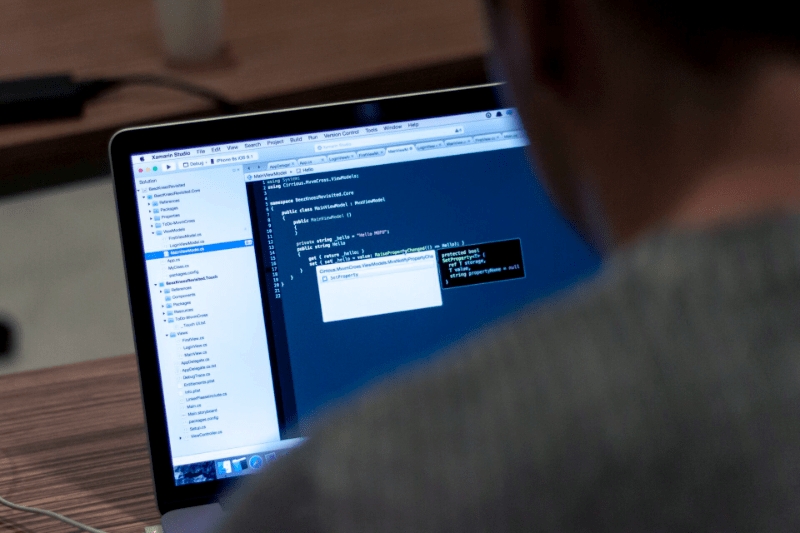 Kher’s nefarious activity left the company unable to work for two days, experiencing ongoing issues for months, and cost an estimated $560,000 in damages and recovery costs. Had the company backed up their O365 data, Kher’s malicious act could have been seamlessly corrected saving hundreds of thousands of dollars and many hours of stress and headaches for the IT team.

The only solace with this real-life story is that Kher returned to the United States two years later with a Visa to visit family in New York, and was arrested by police, and a judge sentenced him to two years in federal prison.

Fast forward to the Covid-era and in April of 2020, Microsoft reported approximately 258 million paid O365 seats, with Teams growing exponentially due to the pandemic. With more companies using software as a service (SaaS) applications, protecting that information is critical.

It might surprise you, but, no they don’t! Microsoft released a shared responsibility model that describes their responsibilities versus yours as the customer. It clearly states Microsoft has no responsibility for the backup and recovery of any O365 data. 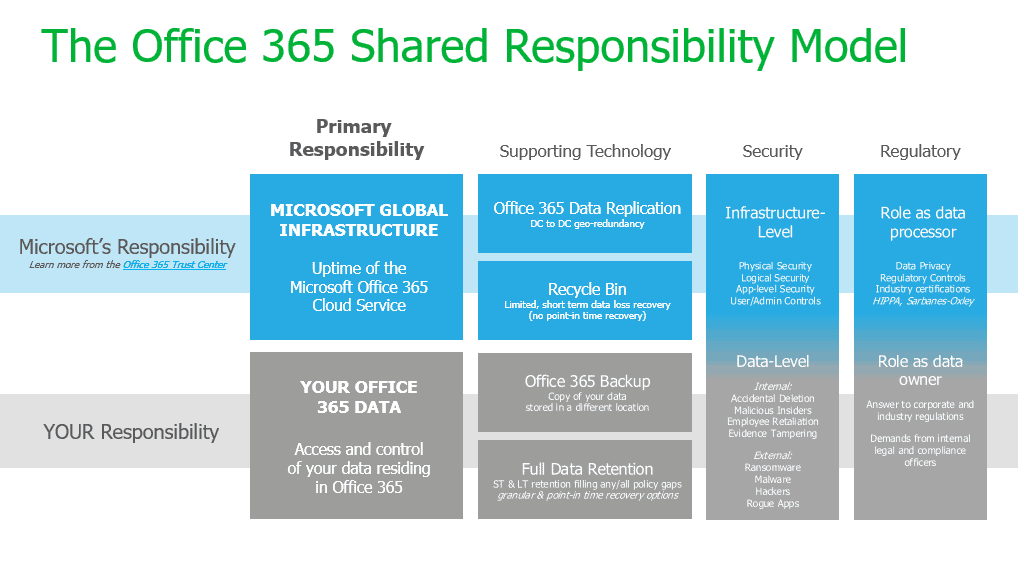 How can I protect my Office 365 data?

At Global Data Vault, we preach the importance of backing up your Office 365 data.

We use Veeam® Backup for Microsoft Office 365 to protect Exchange Online, SharePoint, OneDrive, and Teams data. Backup for Office 365 allows customers to maintain control of their data—not only for protection against deletion but for audit, long-term retention, and legal purposes as well. Restores are easy with Veeam Explorers™ for Exchange Online, SharePoint, OneDrive, and Teams, and granular searches and restore capabilities.

Global Data Vault takes your data integrity very seriously, and it is our number one priority. In addition to Backup for Office 365, we offer backup as a service (BaaS) and disaster recovery as a service (DRaaS) for VMware, Hyper-V, AHV, and physical machines.