Tsunamis are arguably one of the most devastating and difficult to predict natural disasters. Evidence of this is the 2004 Indian Ocean tsunami which is considered among the deadliest in human history, credited with more than 230,000 people killed in 14 countries bordering the Indian Ocean. 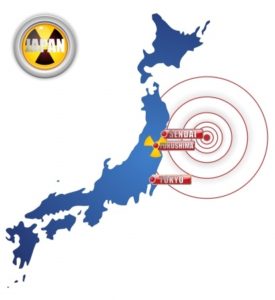 While the science is nowhere near exact, researchers are closely examining vulnerable areas of the world based on the theory that history does and will repeat itself. They have found what they refer to as “supercycles,” or clusters of big earthquakes occurring at regular intervals. It’s these underwater earthquakes that have the potential to create tsunamis of epic proportions.

Leading the supercycles charge is Dr. Kerry Sieh, currently serving as director of the Earth Observatory at Singapore’s Nanyang Technological University. Sieh is one of the world’s leading paleoseismologists studying earthquake patterns. He and his team have discovered that for at least the past 700 years, pairs of large earthquakes have occurred about every 200 years on a segment of the Sunda megathrust, a fault extending 3,300 miles from the southwestern side of Sumatra to the south of Java and Bali and ending near Australia. The earthquakes in each pair were separated by roughly 30 years. Sieh found there had been a pair of quakes around years 1350 and 1380, another pair in the early to mid 1600s, and a third pair n 1797 and 1833.

Based on that unique pattern, Sieh and his colleagues suspected back in 2004 that another deadly pair of earthquakes was coming. They began campaigning on the Mentawai Islands – located along the Sunda megathrust — to warn people of the horrific dangers of tsunamis. Five months later, Sumatra was wiped out. While Sieh received many accolades for predicting the event, he says the credit is not his as they actually anticipated the earthquake to occur along another portion of the fault. As you can imagine, many will defend that he’s onto something substantial.

In fact, if his theory is sound, you can put some money on the fact that the area will see another quake very likely within most of our lifetimes. The first of his originally predicted the earthquakes did happen in September 2007, producing a tsunami with waves thankfully of only 3 feet high. But remember, these monsters like to travel in pairs within 30 years of separation. He predicts another earthquake with a magnitude of 8.8 anytime between 2007 and 2037.